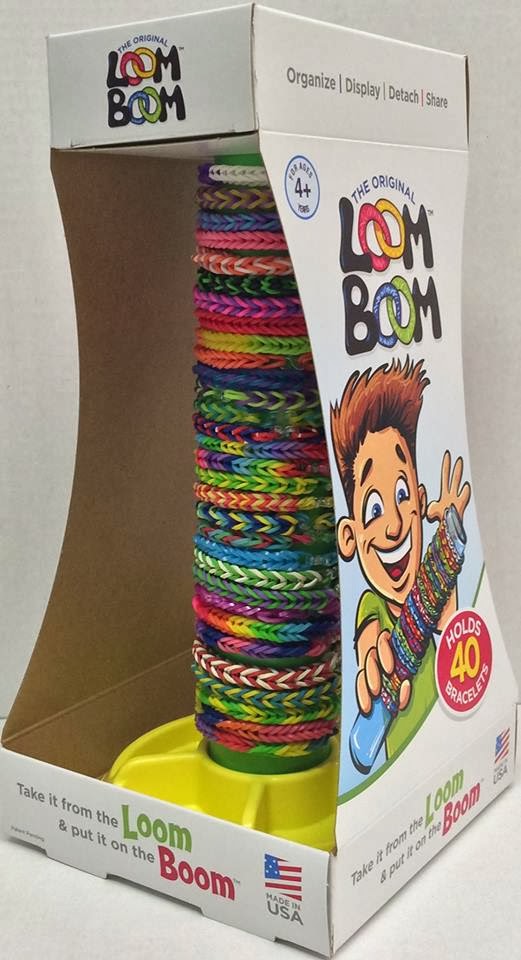 The Original Loom Boom.. from the Loom to the Boom 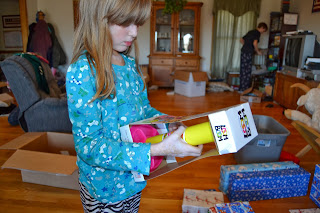 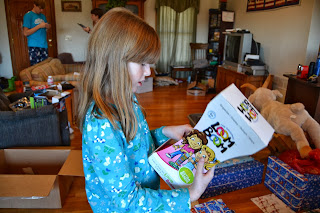 Jake and Crew, LLC announces today the launch of The OriginalLoom Boom™, an innovative product designed to display, organize, and share loom bracelet creations.  Invented by a five-year-old boy who wanted to show off his loom bracelet collection in a neat, organized, and portable way, The Original Loom Boom™ solves a problem faced by countless moms and dads today... just what do we do with all of those loom band bracelets?

Recognizing the need in the marketplace for such an item, Toys 'R' Us has signed on as the nationwide retailer until the end of December 2013.
Now available for $9.99 and in five color combinations at Toys 'R' Us stores across the country and at toysrus.com, The Original  Loom Boom™ features a brightly-colored tube that can hold up to 40 rubber band loom bracelets.  Once detached from the base, loomers have easy access to bracelets at the bottom, so that they can show off their handiwork to friends, family, neighbors, and classmates, as well as trade and share bracelets.  The base also contains ample storage for extra loom bands. 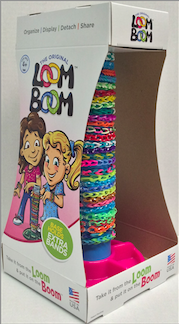 Jake and Crew, LLC galvanized the idea of The Original Loom Boom™ after the founders’ five-year-old son recognized the need to house his ever-growing collection of bracelets.  What began as a paper towel roll is now the first-of-its-kind product intended to organize high volumes of loom bracelets for the benefit of children and parents alike.  The timing could not be better as the loom band bracelet craze continues to grow in the United States and is beginning to expand overseas.

This newly-formed business entity started by two childhood friends and their families hopes to broaden its product offerings in the future. The Original Loom Boom™ is patent pending and proudly Made in the USA by Enor Corporation

I love that this product is Made in USA
When you go to all that effort to make the band bracelets, it is wonderful to have a place to keep them. I know my daughter is thrilled to have started her collection and line up, and can easily see them on her Loom Boom. 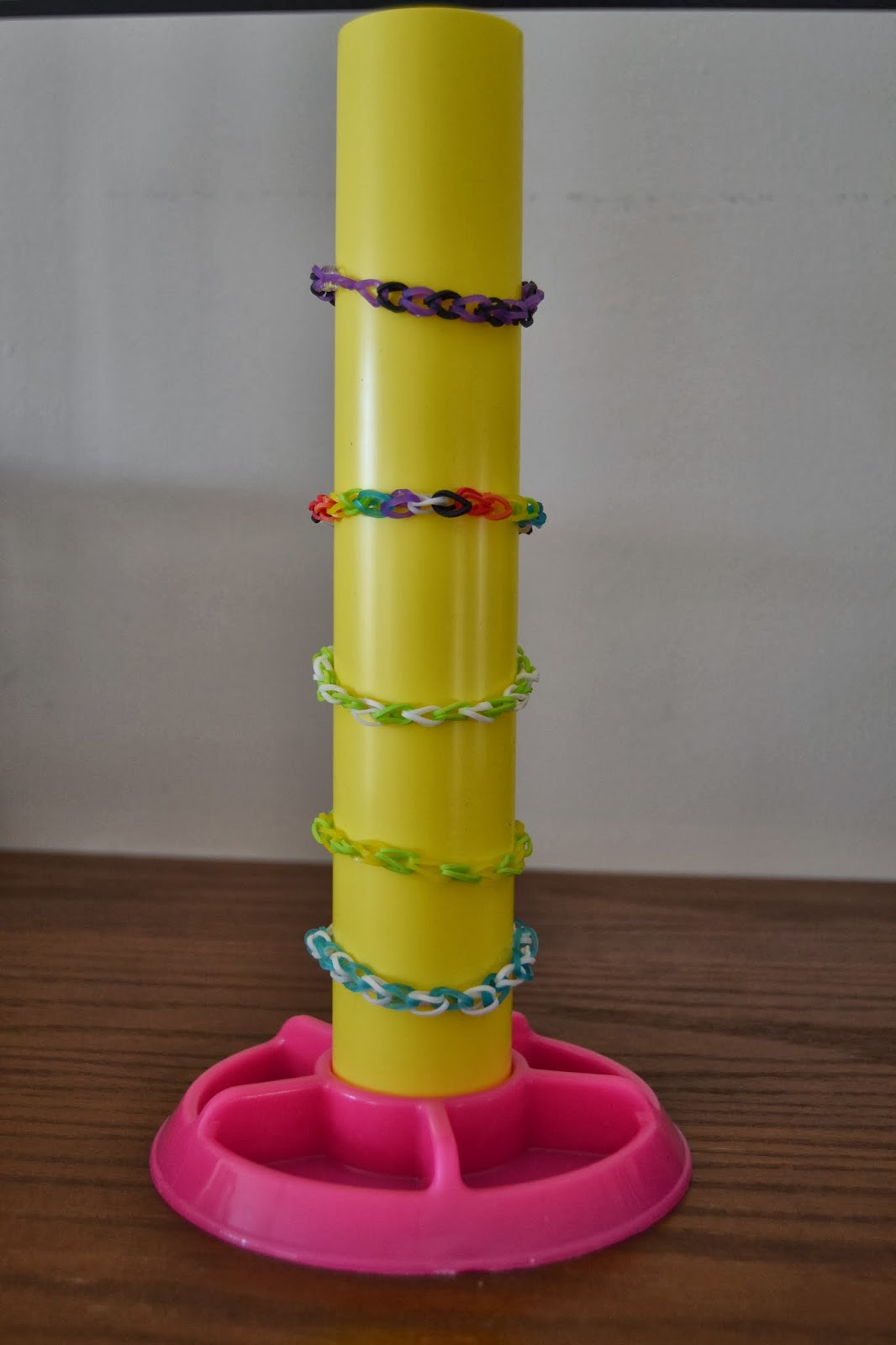 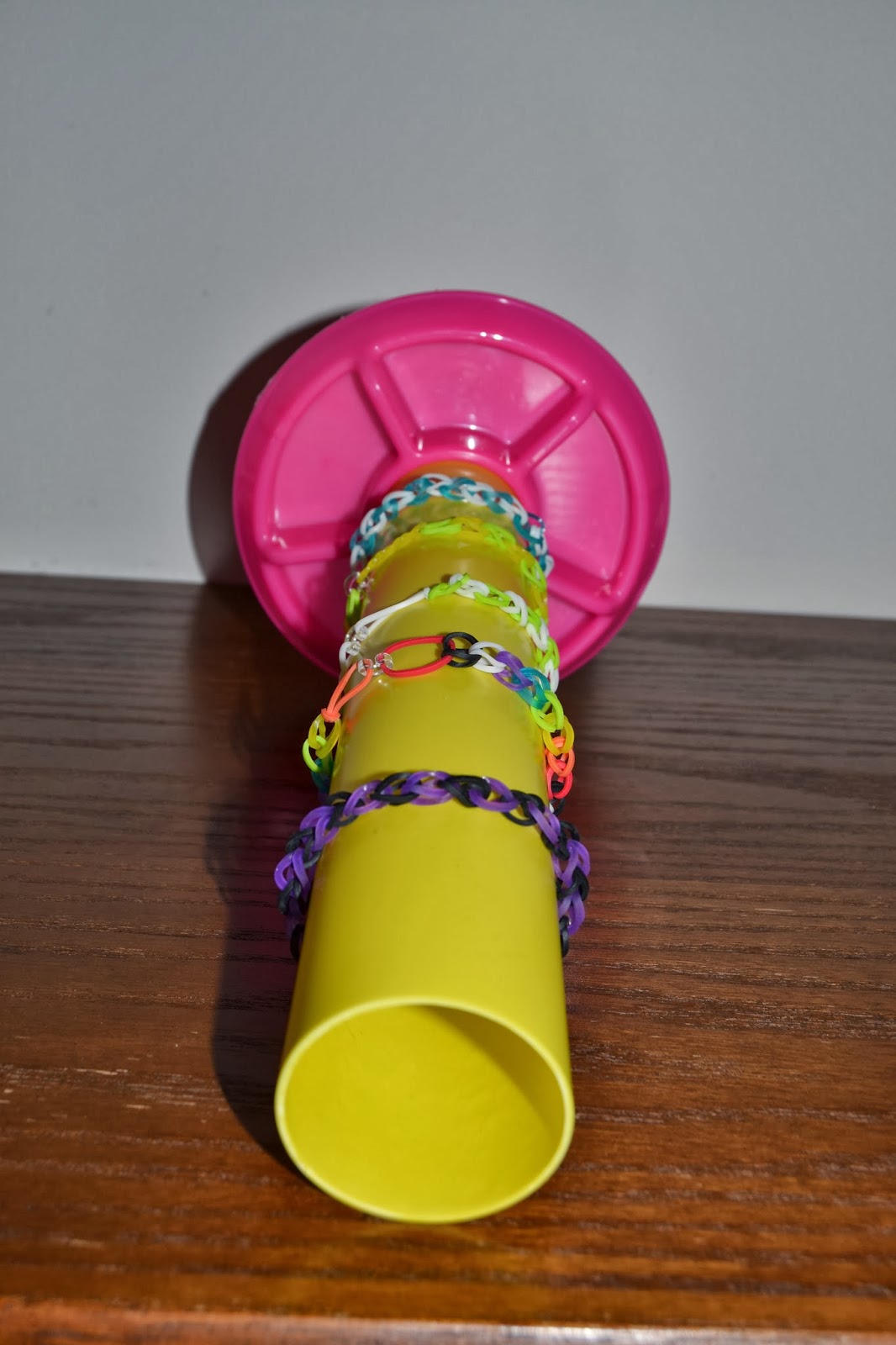 Posted by Jubilee Reviews at 9:42 AM