When we first received The Starfall Home Membership from Starfall Education Foundation
I thought it would be helpful for my older student in regards to progressing with his reading. He is 10, but more on a Kindergarten level reading. I was pleasantly surprised that The Starfall Home Membership was a bit easy for him. It boost his confidence, and really encouraged him that he was able to quickly progress through it. I was excited that the family membership could be used for more than one student, and was able to fall back on my 3 year old to help with the review. Why hadn't I thought of her early on? I tend to think most programs online will be too hard for her, not realizing she is growing up in the age of electronics and can manage my iPhone better than I can!
She has been loving the Starfall program on the computer!

It was helpful for her as well, that we have a touch screen computer. I am sure given time to practice with a mouse, she would have been able to figure that out as well.

Starting with my 10 year old. Starfall has both 1st Grade Reading and 1st Grade Math. I chose for Maverick to focus on the Reading, primarily the phonics portion. The phonics portion is broken up into units. We started with Unit 1 and found it to be a bit easy, so we looked through the units until we landed in Unit 5 to start. We did make sure to watch the helpful videos in each unit though, and these have been really helpful for him to remember some of the rules with vowels. I think he learns best with rhymes and songs.

The Starfall Home Membership was a great match for my 3 year old. She would get up first thing in the morning and want to do school. She didn't get to do it as often as she would have liked, since we only have one computer for school. She knew she could get some time in while her siblings were still asleep, and she took full advantage of that. 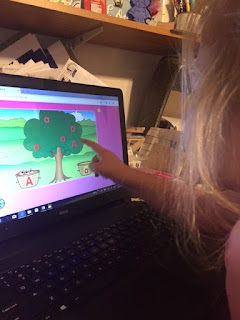 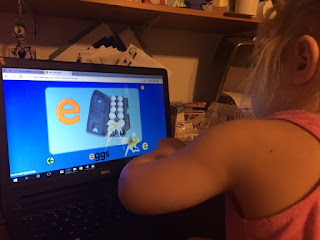 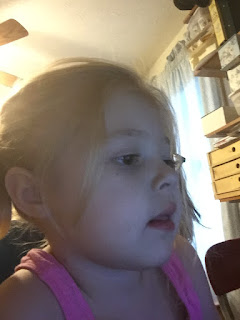 I really love that can explore the site on her own. She can go from doing ABC's to colors, with the touch of a finger. That the button she is supposed to push next is highlighted for her and she learned quickly how to maneuver her way through.
Some of the things she was able to explore were:
Making a calendar and learning about them.
Talking Library where she could listen to books be read to her.
ABC's where each individual letter has it's own lesson.
Colors

These were the sections that worked well for her age. Additionally there are decoding books, learning to read, phonics and more as she gets familiar with the letters and sounds.
My oldest who is almost 23 used Starfall, pre computer. I recall having a work book he used and small booklets he learned to read from . It is exciting that my 3 year old can use the same books, online to read that her oldest brother did. The longevity of Starfall, is a clear indication that it works!

See what my fellow reviewers thought of The Starfall Home Membership by clicking on the banner below.

Posted by Jubilee Reviews at 10:24 AM