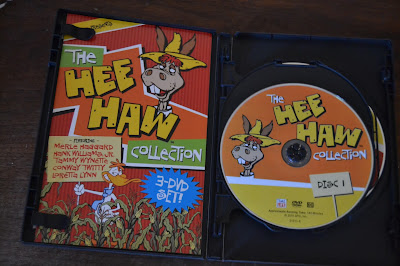 Hee Haw is a traditional American variety show. Great nostalgia with this collection! I desire safe, fun entertainment that my whole family can watch. Nothing like the great Hee Haw for my country kids. This show even predated me, and I remember my parents talking about it and us watching it when it would come on. This is really a great show idea for your parents or grandparents for Christmas as well.


In an era when digital leads the home entertainment charge, Time Life still offers a bit of acclaimed nostalgia you can proudly display on a shelf.
These attractive DVD collections make the perfect gift for any and everyone on your list this holiday season.

Posted by Jubilee Reviews at 6:00 PM