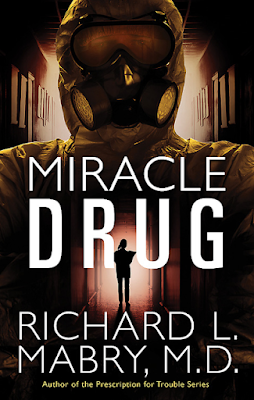 Overcoming these odds will take more than a miracle drug---it will take a miracle.

The infection wasn't supposed to happen, but it did. The treatment was supposed to take care of it, but it didn't. Then Dr. Josh Pearson discovers why---his patients, including the former President of the United States, have been dosed with a different strain of the original virus, one that is universally fatal. The only chance for survival is treatment with an experimental drug, but the manufacturer might already have discarded its supply.

As if treating the President of the United States isn't stressful enough, the situation goes from bad to worse when Rachel Moore, a nurse Josh is falling in love with, falls ill. With the nation's eyes on him, Josh must pull off a miracle to save a man who holds a good deal of power and the woman who holds his heart.

My Thoughts:
I just love being the reader, and realizing from chapter 1 that things aren't as they appear. The previous president of the US and his team think that Dr. Ben Lambert, personal physician to the previous president,  simply had a heart attack. We get to see in the first few pages, that he was indeed killed. We find as his body comes missing, and then accidentally cremated, that the team becomes suspicious as well. Is it even his body, as his wife notices his class ring is missing.
A new physician is appointed to Mr. Madison, previously chosen by the late doctor. Dr Josh Pearson now is left with what appears to be a threat on the previous presidents life as well as Josh's girlfriend. He must work with  maximum security and secrecy to secure a remedy for this virus that appears to have been targeted to kill Mr. Madison.

There are a lot of people involved in the story. The secret service, the team who works with Mr. Madison and his foundation, the doctors and staff at the hospital, as well as international doctors and informants. You have to keep your people straight in your mind! I did have to turn back on occasion to make sure who I was reading about.. lol. Perhaps because I was trying to read the book too fast!
I have long enjoyed Dr. Mabry's books. He keeps the medical aspect of the mystery easy for the layman to understand, yet I think intelligent enough for those in the medical field to still enjoy. I love how he uses his expertise to create great characters and story lines pertaining to the medical field. I enjoy the mystery and the suspense that he builds in his characters! 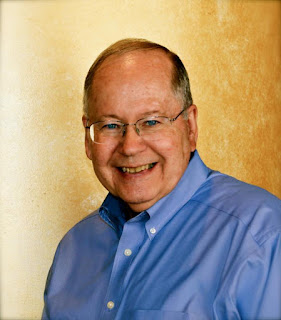 Dr. Richard Mabry is a retired physician who writes "medical suspense with heart." His novels have won multiple awards: a semifinalist for International Thriller Writers' debut novel; finalists for the Carol Award, Inspirational Reader's Choice Award, and Romantic Times' Reader's Choice Award; and both finalist and winner of the Selah Award. "Miracle Drug" is his ninth published novel. He and his wife live in Frisco, Texas.


Read other reviews at http://litfusegroup.com/author/rmabry

I received a copy of this book in exchange for an honest review. All opinions are purely my own.

Posted by Jubilee Reviews at 11:54 AM