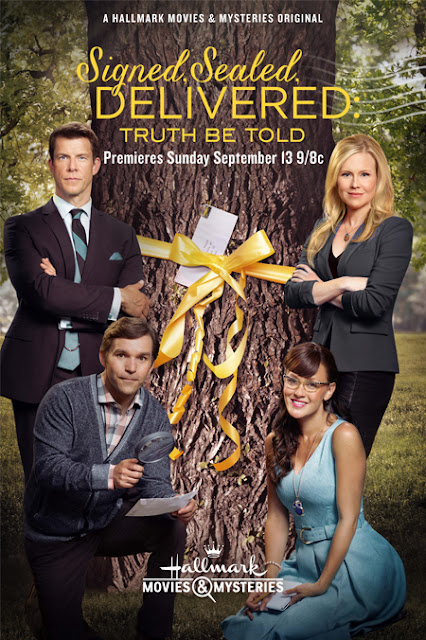 TRUTH BE TOLD’ ADDRESSES TIMELY THEMES OF WAR AND FAMILY

In "Signed Sealed Delivered: Truth Be Told" the beloved POstables Eric Mabius (“Ugly Betty”), Kristin Booth (“Orphan Black”), Crystal Lowe (“Smallville”) and Geoff Gustafson (“Primeval: New World”) are on mission to uncover the truth from a war torn letter about a soldier missing in action while Oliver gets an unexpected visit from his estranged father (Gregory Harrison) that shakes him to his core.

"We do not hear enough about how families, and especially children, are affected when a parent deploys,” Williamson said. “There is a story behind every letter sent from overseas to a child back home. In 'Truth Be Told' we meet a soldier's daughter who is desperate to receive one of those letters. In the meantime, she must hold onto the truth she knows without the answers she needs.”

“Signed, Sealed, Delivered” is a comedic drama that follows the lives of postal workers who transform themselves into an untraditional team of detectives to track down intended recipients of undeliverable mail. Their missions take them out of the office into an unpredictable world where redirected letters and packages can save lives, solve crimes, reunite old loves and change futures by arriving late but somehow on time. 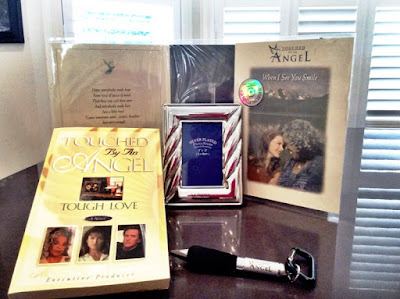