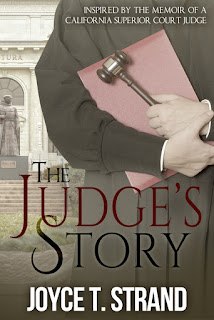 When Judge Grover Roswell Akers heard testimony against a 14-year-old teenager in 1939 Ventura, California, he understood that the boy participated in a murder-robbery. However, the accused did not actually pull the trigger. But unless the boy identifies his partner, the Judge must sentence him as a murderer, which would result in prolonged jail time. By delaying his decision for a month, the Judge buys time to convince him to unveil his partner. The Judge’s investigator, along with the precocious 16-year-old girl who identified him as one of the thieves, explore different approaches to uncover the murderer. In the backdrop of escalating war in Europe, the final throes of the Great Depression, and the Judge’s caseload, their attempts to help the boy and unmask the killer lure the Judge and his friend into a into sordid criminal activities in this small California town.

Wow, if all judges could be like Judge Akers. What an honorable, basic good guy! He spend his extra time encouraging juvenile boys in boy's homes and clubs to get on the right track and stay out of trouble. He definitely has a heart for people and Joyce Strand really brings that to life in this book. I love how it is based on an actual judge's memoir. Judge Akers is a great role model, and hero in the story.

Clara's voice is that of an educated, curious, helpful girl. When I read The Judge's Story I can clearly hear Clara's voice from that of the others. Joyce Strand has done an excellent job in her writing, to give each character a unique voice that even if you don't know right away who is 'talking', you do simply by the verbiage and written word. That to me was really amazing! Oliver, Clara, and the Judge all had different speech to signify their education or lack of.

Someone is running a ring of burglaries and it's up to the judge and chief to figure out who is doing it before things get too far out of hand. Clara is working on getting Oliver to confess to his accomplice to help Oliver not spend life in jail. Earning Oliver's trust is taking some work, and Clara does it by teaching Oliver to read.

There are other 'stories' within this one and sometimes those confused me a little, trying to keep them all straight. Much like the life of a real judge must be!

Overall I thought this was a good book, nice mystery though it was really light starting out. I really liked that it wasn't 'gruesome' or overly detailed in the crime scenes. More of a light mystery genre than thriller. There was some 'abuse' to one of the kids and I didn't care for that scene but it is part of what is going on in our nation. 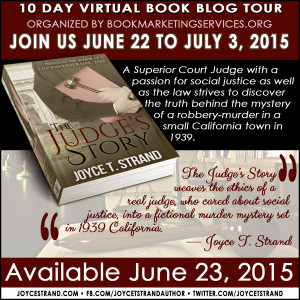 Posted by Jubilee Reviews at 10:38 AM

Email ThisBlogThis!Share to TwitterShare to FacebookShare to Pinterest
Labels: mystery