Rumors of War on DVD *Review 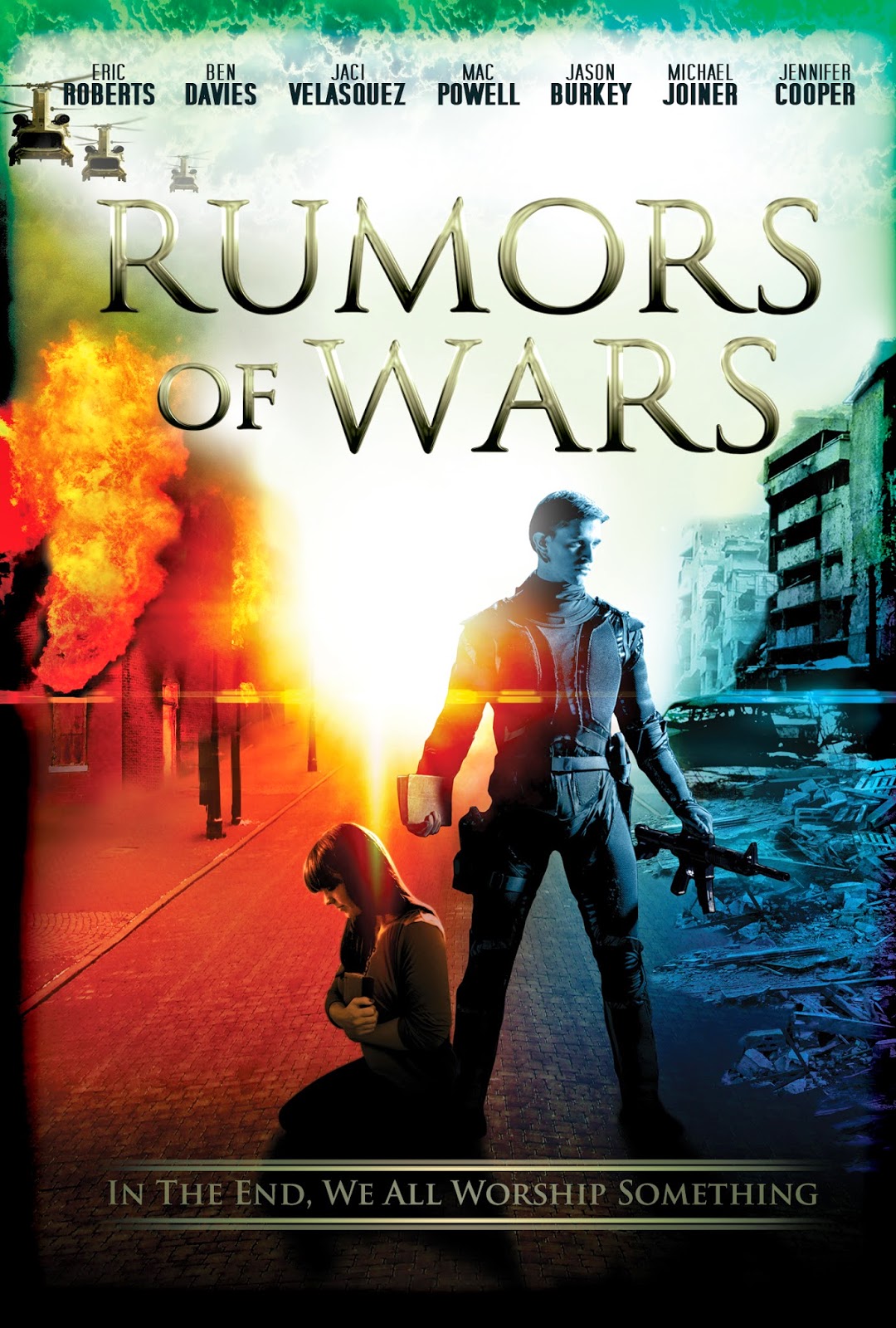 The kids and I had to miss Wednesday night church the other day, so I put in an old "end times' movie for us to watch and discuss. It was fun that right on the heals of that I was sent a new end times movie for review titled Rumors of War.


"In the end, we all worship something".
Starring Eric Roberts who we have seen in several Christian films, Singer Jaci Velasquez, and a surprise to us comedian Michael Joyner. It was great to have a cast line up with some artists we recognized!
The movie moves between current times when a young journalist, Roxy,  is searching for answers on end time prophesies for a term paper. Just as the campus is declaring all students to be implanted with a micro chip in their right arm, her teacher is found missing. The last thing he says to her is to not get the chip. The Bible clearly talks about getting a mark in your right hand during the end times, and this was a possibility of how that could happen. With the chip, the one world government could track each person, and basically disallow them access to needed supplies if they didn't comply. Thankfully she ran out before the chip was imbedded and continued to question what was happening.
The show then takes us to the future where the one world government is eradicating all Christians. The Christians are hiding out while they can, but the government finds them and kills them. Any person found with a Bible is killed. There is one soldier who gets ahold of the journal from Roxy, and starts to read it. The Holy Spirit starts to bring questions to his mind, leading him down a dangerous path of questioning.
There was no evidence of a rapture, nor talk of past Christians being taken to heaven. Perhaps this is to not get into the argument if the church will go through the tribulation or not. It appeared that many of the people left were newer believers however. Regardless of your personal thoughts on the rapture, this deals with the middle where the tribulation and one world government is taking over.
It is rated PG13 for violence. People are obviously killed throughout the movie. I found it to be more a mild PG13 than many of the secular shows though.
89 minutes in length, this is a perfect family movie night show. Family approved by Dove, it had us getting out our bible at the end to find the passages in revelation and sharing with the kids the possibility of how things could go down at the end.
The only thing we didn't care for.. and it is teeny and comical. The head of the one world government gives an example to the students and  mentions that he raised Holstein cows on a ranch.. Holstein are dairy cows and they aren't considered to live on a ranch. He mentioned a calf and it's mother.. referring to her as a heifer. Well, being my hubby is a farmer and all this made him crazy. Just so you are aware, a heifer is a female cow who has never given birth. Once she calves she is a cow. So to name the mother a heifer.. though trite was a need to pause the movie and make sure we all caught that oops :)
﻿

Posted by Jubilee Reviews at 4:41 PM