The Devil Walks in Mattingly by Billy Coffey *Review 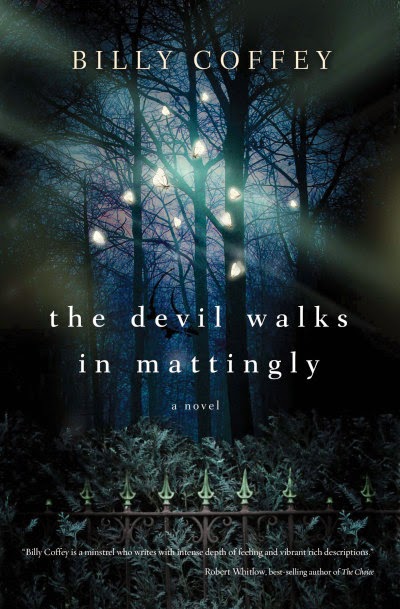 About the book: For the three people tortured by their secret complicity in a young man's untimely death, redemption is what they most long for . . . and the last thing they expect to receive.


It has been twenty years since Philip McBride's body was found along the riverbank in the dark woods known as Happy Hollow. His death was ruled a suicide. But three people have carried the truth ever since---Philip didn't kill himself that day. He was murdered.
Each of the three have wilted in the shadow of their sins. Jake Barnett is Mattingly's sheriff, where he spends his days polishing the fragile shell of the man he pretends to be. His wife, Kate, has convinced herself the good she does for the poor will someday wash the blood from her hands. And high in the mountains, Taylor Hathcock lives in seclusion and fear, fueled by madness and hatred.
Yet what cannot be laid to rest is bound to rise again. Philip McBride has haunted Jake's dreams for weeks, warning that he is coming back for them all. When Taylor finds mysterious footprints leading from the Hollow, he believes his redemption has come. His actions will plunge the quiet town of Mattingly into darkness. These three will be drawn together for a final confrontation between life and death . . . Between truth and lies.

Purchase a copy: http://ow.ly/ux3hc
My Thoughts:
I had a hard time getting into this book, it just had such a darkness about it. I really wanted to like the mystery and try to figure out what the Hollow held. The characters hold such unforgiveness, and have hidden sin that is keeping them in the dark. The lies and sin keep the book in a dark light in the beginning and you have to plug through that to get to the end. There is definitely generational sin keeping people stuck in their ruts. You have to be in the right mood for this style of book.

About the Author: Billy Coffey's critically-acclaimed books combine rural Southern charm with a vision far beyond the ordinary. He is a regular contributor to several publications, where he writes about faith and life. Billy lives with his wife and two children in Virginia's Blue Ridge Mountains. 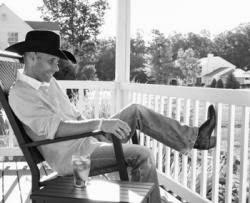 Learn more about Billy at: http://billycoffey.com

Posted by Jubilee Reviews at 8:59 AM