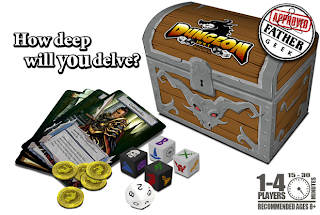 So, you want to know what comes in that awesome game box that is shaped like a treasure chest?

This game took my 18 year old to help figure out for me. It definitely had a learning curve and is geared toward the older kids. I love games that my older boys can play and enjoy; and not be bombarded by the younger ones.


In Dungeon Roll, you become a hero and roll up your companions. With your party assembled, you start on the first level of the dungeon by rolling three Dungeon Dice. You have decisions to make, enemies to vanquish, and more glory to seek.
Without breaking a sweat you stride down to the second level, and then the third, and that's where things really begin to pick up. By using your companions, reviving party members with potions, and using your Hero's ultimate power, you might get deep enough to accumulate a Dragon's horde of treasure...
Just watch out for that Dragon. 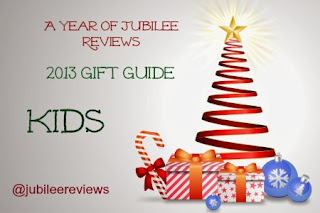 Posted by Jubilee Reviews at 9:14 AM