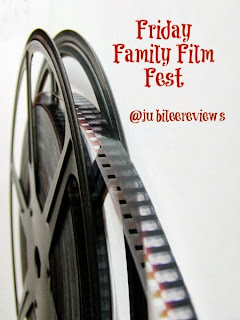 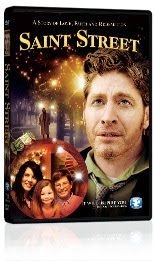 Written, directed, and produced by Rob Diamond, Saint Street follows the life of Percy, a good man who becomes focused on making money rather than spending time with his family. On Christmas Eve, he breaks yet another promise to his wife and children to leave work early and misses the annual Christmas party. After repeated warnings to change his ways, Percy suffers a serious car accident that causes him to lose everything, including his family, job, and the use of his legs.

Confined to a wheelchair and homeless, Percy is humbled into living with misfits in the gritty world of Saint Street. Yet, godly examples surface in the most unlikely places, showing Percy that there might be a light at the end of the tunnel in this traditional Christmas story of faith, hope, and redemption.

This is a movie that offers hope to those who are going through rough times. A man named Percy (Mark Webb) is a workaholic. He doesn't heed a man named J.C.'s warning about not driving with his family at night after working a long day. An accident occurs that turns Percy's world upside down.
Percy winds up in a wheel chair and losing a lot of things which were important to him. Down and out, he comes across some homeless friends who reach out to him, and even reach out to one another with gifts given freely to each other, made possible by the generosity of others.
There is a surprise ending with a lot of neat things between the beginning and conclusion of the film. The themes of the movie include getting second chances, forgiveness, and making it a priority to spend quality family time. We are pleased to award this movie our "Dove Family-Approved" Seal for ages twelve plus. Give this one a watch and it will inspire you to appreciate what you have.

Sex: A single woman flirts with a married man but he doesn't respond; husband and wife kiss.
Language: Freaking-1; Frickin-1
Violence: A man tries to punch another man but the man holds his fist and he goes to his knees; a car wreck is heard after a man falls asleep at the wheel; men threaten a man in wheel chair and one man grabs his face; a man in wheel chair is shoved backward; a man squeezes a dog's head to threaten the dog's owner but the dog is okay; a man draws a knife on a man but does not harm him; men chase after a man who wants to quit their group.
Drugs: A tipsy woman holds a drink and suggests a married man spend some time with her in having a drink together; man gives money to a homeless man and says he can do whatever he wants with it including buying booze; man drinks in a bar; a man offers a man gin but he turns it down.
Nudity: Cleavage.
Other: A man beeps horn at a man who walks in front of his car; a workaholic says one can never be too rich; a man grieves following a car accident; talk of man being broke from having gone to Vegas a lot.
Don't miss a single post Subscribe to A Year of Jubilee Reviews and get our latest reviews and giveaways directly to your inbox!