The Beamz by Flo will add a whole new dimension to your music!! This is a great family gift for those who like to rock out, do karaoke, and sing together as a family.
With the laser beams you run your hands through them and make music! Revolutionary idea.

Each interactive song has up to 12 instruments!! I remember when I first got an electric keyboard like 30 years ago and was thrilled that I could do just a handful of additional sounds with it. This is the extreme in musical sounds!

Throughout the Beamz song library there are hundreds of rich sounding musical instruments over a wide range of genres, so you can rock out to today’s hottest pop or tap into your inner concerto—whatever moves you. Create, remix and collaborate with your friends. With the touch of a button you can capture and record your creations as MP3s to use with any digital media player, application or device.

The Beamz includes 29 interactive songs to get you started.  Some we knew, and of course others we didn't. It was still fun to work with The Beamz, making unique sounds and listening along! Regardless of your musical instrument experience, you can make music with The Beamz.


This would make a fantastic family gift this holiday season! Purchase yours HERE
Free shipping for holiday orders through Dec 3rd.


Find The Beamz on these social media sites 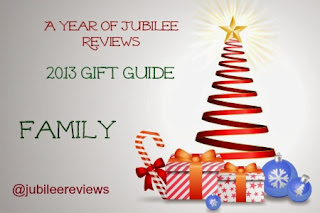 Posted by Jubilee Reviews at 9:45 AM