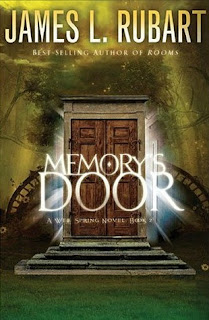 About the book:
With a victory against the Evil One under their belts, the four of the Prophecy have managed to bring even greater adversity their way.
In Soul’s Gate, Reece, Dana, Brandon, and Marcus—the four of the Prophecy—were set free from some of their deepest wounds.
Now the four must stand against the Enemy’s continues assaults—and try to determine how to prevail against the dark manifestation of The Wolf mentioned in the Prophecy.
But the Enemy isn’t going to make that easy. Circumstances in each of their personal lives affect their unity and commitment to the group. Three enigmatic men appear and none of the four can get a true sense of whether these men are intimate allies . . . or diabolical enemies. And if that’s not enough, the Enemy has begun torturing them with visions of what their lives would be like if they could reverse their greatest regrets—if they’d made the right choices.
These four have seen amazing things in the spiritual realm. But faith can become even more difficult when it’s influenced by sight

My Thoughts:
This is not a light, summer read. This book will make you think and reflect on the spiritual realm. This is the 2nd book in the series and in this case I do recommend reading the first one prior to this to get a total picture of what is going on. You can read my review on Soul's Gate HERE
The enemy is coming up against the team and they each are struggling in their flesh to maintain truth and lies.
Absolutely fantastic, James Rubart continues to be one of my favorite authors.

I received a copy of the book in exchange for an honest review.

Posted by Jubilee Reviews at 7:16 PM