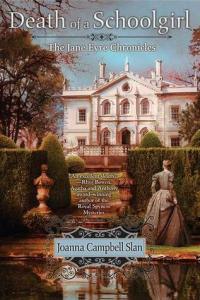 Synopsis
In her classic tale, Charlotte Brontë introduced readers to the strong-willed and intelligent Jane Eyre. Picking up where Brontë left off, Jane’s life has settled into a comfortable pattern: She and her beloved Edward Rochester are married and have an infant son. But Jane soon finds herself in the midst of new challenges and threats to those she loves…
Jane can’t help but fret when a letter arrives from Adèle Varens—Rochester’s ward, currently at boarding school—warning that the girl’s life is in jeopardy. Although it means leaving her young son and invalid husband, and despite never having been to a city of any size, Jane feels strongly compelled to go to London to ensure Adèle’s safety.
But almost from the beginning, Jane’s travels don’t go as planned—she is knocked about and robbed, and no one believes that the plain, unassuming Jane could indeed be the wife of a gentleman; even the school superintendent takes her for an errant new teacher. But most shocking to Jane is the discovery that Adèle’s schoolmate has recently passed away under very suspicious circumstances, yet no one appears overly concerned. Taking advantage of the situation, Jane decides to pose as the missing instructor—and soon uncovers several unsavory secrets, which may very well make her the killer’s next target…

My Thoughts:
I am not a big Classics kind of gal. I remember reading Jane Eyre and others required in high school and college, but typically they aren't ones I would choose to read given the plethora of books available. Sometimes I get bogged down in the classics with so many words.. don't throw darts :)
This continuation of Jane Eyre's tale was anything but wordy and cumbersome. It was such a great read! It read Old English in some ways, without the hard to read language. I had the definite feel for the time period without being bogged down in wording. I was captivated from the beginning and loved Jane's character! I think Joanna must have kept to the similar character of Jane from the Classic as she was very humble and likeable but not afraid to make her thoughts known.
This was a great mystery as Jane has to embark on a journey to find out how Adele is doing in this boarding school with the new head mistress. Things are definitely awry when Jane first gets there and they are bringing out a dead schoolgirl! Thankfully it wasn't Adele, but she wasn't in all that better of shape having been drugged up for being over dramatic. I love how Jane jumps in there to try to solve the dilemia!
I am definitely going to be reading more books by this author, this was my first and I am excited to read more of her work! 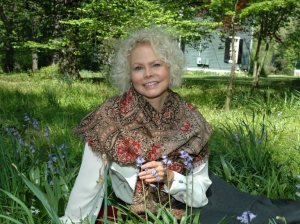 Award-winning and National Bestselling author Joanna Campbell Slan is the creator of the Kiki Lowenstein Mysteries (an Agatha Award Finalist) and The Jane Eyre Chronicles (Winner of the 2013 Daphne du Maurier Award). This fall will see the debut of the Cara Mia Delgatto books, a new mystery series set on the Treasure Coast of Florida, featuring a young woman who runs a recycling/repurposing shop. In her past life, Joanna was a television talk show host, an adjunct professor of public relations, a sought-after motivational speaker, and a corporate speechwriter. She is the mother of Michael Slan, a professional poker player, and she is married to David Slan, CEO of Steinway Piano Gallery-DC. The Slans and their two dogs make their home on Jupiter Island, Florida. Visit Joanna’s website at www.JoannaSlan.com

Ends Sept 30th
US only


Enter to win a copy of Death of a Schoolgirl! Leave me a comment about what classic story you would like to see remade into a cozy mystery. Make sure you leave your name and email so I can get a hold of you if you win!!

Posted by Jubilee Reviews at 4:20 PM