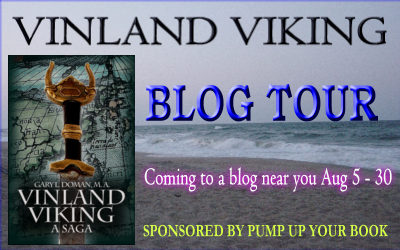 The novella Vinland Viking is an epic fantasy-adventure, set at the time of the conversion to Christianity of Iceland and Greenland, about a young Northman who longs to lead the storied life of the pagan Vikings. His opportunity comes with Leif Ericsson’s exploration in North America, but his fortunes change in a way and by a means that he could never have anticipated, and which will thrill the reader.
The richly-textured narrative incorporates history, nature, and mythology, along with plenty of action. It is told from a Christian viewpoint, but can be enjoyed by a general audience, and, unlike so many other fiction stories, is acceptable reading for the young.

My Thoughts:
Set in the year 1000, this novella may only be 64 pages long but it is written with a depth in language and theme. Very interesting mythical and Norwegian names like King Olav Tryggvesson, Yngar, Asny, and others. The battle may just seem mythical and fictitious, but it parallels the story of the Bible. The end goal to slay the serpent 'who encoils the world'.
The writing is super detailed! If you love history and the mythology combination then you will love the descriptions that thrust you right to the Viking era.

This isn't typically my genre of expertise. I thought the language itself was very indepth, poetic and thoughtful. I loved the analogy that I could see to Christianity and Christ as the savior. I will be passing this on to my teen boys who love these types of stories. 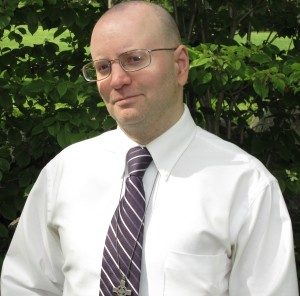 Gary L. Doman, whose (pen-)surname rhymes with “roman”, the French word for “novel”, was born in Syracuse (New York) and has spent the majority of his life in Connecticut. He has degrees from Fairfield University and the University of Connecticut. He has developed an interest in just about everything, especially history, geography, religion, language, and the natural world. He began writing as a child and has never really stopped, although he does periodically need to eat and sleep, and also devotes considerable time to his other creative and intellectual endeavors; these include his “weblog” the Doman Domain and one of the items of interest found there, namely, “The Best Comic Strip Ever!”. Further, he has taught himself to sing and founded his own political philosophy. His greatest accomplishment may be remaining humble despite the preceding!

Posted by Jubilee Reviews at 9:08 PM