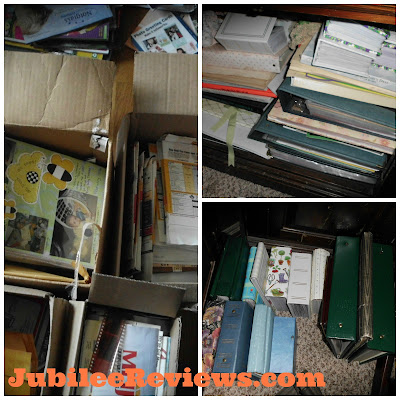 I am swimming in loose photos from the past 25 years! I do have many photo albums, but many more that are just in boxes. I even have those fun negatives that my kids have no clue what they were used for! Some of the photos that are in albums looks like the pictures may not be as safe as they could be.

So how do you organize your loose photos? I was a picture taking freak ever since I was in high school. It was always, "Oh no, Melanie has her camera out AGAIN".

It may have been crazy then, but now that I am getting older and forgetful, the photos help so much!

How do you organize this mess? 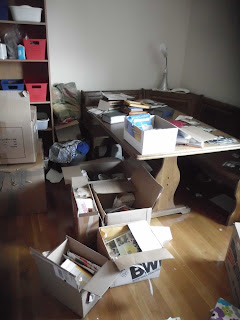 And once we decide how to organize, where do we put them?

I would love to hear your ideas on organizing photos! This is a big project that needs tackled and I am hoping to be able to post with an updated look soon!

Posted by Jubilee Reviews at 11:43 AM