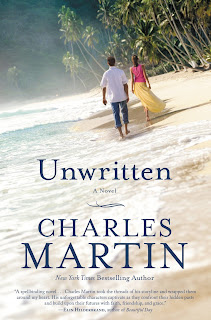 You start reading the latest novel by Charles Martin, and by the third word... you will decide if you delve further or stop there. If you are willing to look up a word you never heard before, realize that this book is going to be a literary work of art, and if you can handle it. If you are looking for a light, summer read, you won't get past the third word. I am not going to tell you what it is!!

Famous actress Katie Quinn is rich beyond belief, well known around the world, with the world at her fingertips. On the surface she has it all together with numerous awards and followers.  Deep down Katie has secrets that are tearing her up. Hatred, self loathing, self pity, lead her to the decision to end it all.

Her priest Steady chooses to intervene in her suicide attempt with a unique friend, Sunday. Sunday is a hermit, lives on a boat as far south of FL as he can get and still be in America. He is a nomad, a fisherman, a nameless, faceless man to the general public and that is just how he wants it. The only person he has had conversation with in the past 10 years is Steady.

Sunday and Steady get to Katie just as she jumps off her penthouse deck, rope around her neck. They take Katie to Sunday's boat to think and rest. The world is in an uproar, unable to find her. Sunday shares with her three options. To give up, and check out. To go on as she is. Thirdly to fake her death and start afresh. She chooses option three and Sunday helps her get there.

This novel goes deep into the human spirit, to delve deep into the characters, beyond their outside facade, and into their inter-most feelings. As these two characters share in their words and silence we are able to see the story unwind as the secrets begin to unfold.
I was captivated. This book will make you realize that people aren't always what they appear. That outward appearance could be masking so much within a person. I think it will encourage you to unmask, and be the true you. 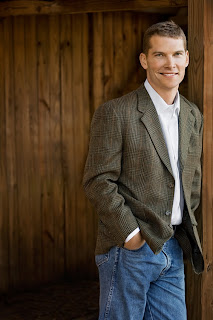 This was my first read by Charles Martin, and I am already planning on getting my hands on the others!

Check out his books, along with blog at the following Social Media links.


http://charlesmartinbooks.com/
https://twitter.com/storiedcareer
https://www.facebook.com/author.charles.martin
I received a copy of this book in exchange for an honest review.

Posted by Jubilee Reviews at 8:47 PM