The Offering by Angela Hunt *Review and Nook HD Giveaway 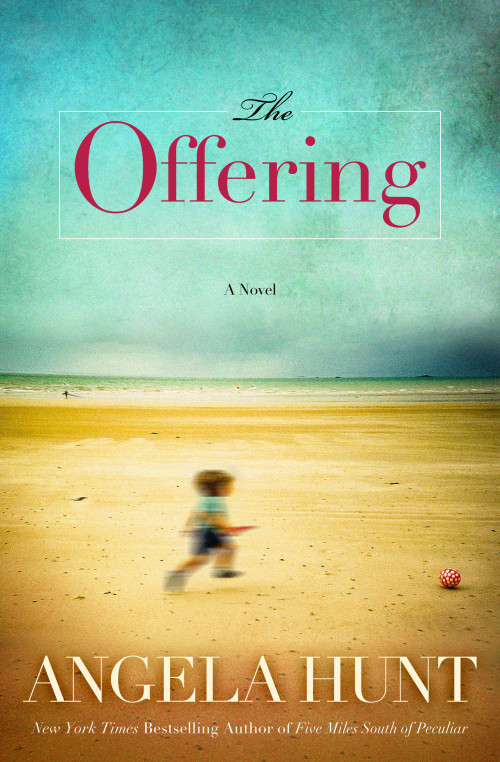 
After growing up as an only child, Amanda Lisandra wants a big family. But since she and her soldier husband can't afford to have more children right away, Mandy decides to earn money as a gestational carrier for a childless couple. She loves being pregnant, and while carrying the child she dreams of having her own son and maybe another daughter. . .
Just when the nearly perfect pregnancy is about to conclude, unexpected tragedy enters Mandy's world and leaves her reeling. Devastated by grief, she surrenders the child she was carrying and struggles to regain her emotional equilibrium.

Two years later she studies a photograph of the baby she bore and wonders if the unthinkable has happened---could she have inadvertently given away her own biological child? Over the next few months Mandy struggles to decide between the desires of her grief-stricken heart and what's best for the little boy she has never known.


My Thoughts:
I think this is the first book I have read with a subject of being a surrogate mother. What an emotional decision! I actually do know a mom who was one, but it was for the love of it, not for monetary compensation. I had a hard time with the concept of Mandy putting herself out there to help a family she didn't know, to make as much in a year as her husband does, in my opinon because she wanted a house. This book really made me think about what is important in life. This will be a book that you will struggle with in your mind and thoughts about what you would do. Not a light, easy read, but definitely one that puts out there some very real, and heart wrenching issues.
On a side note I thought it was fun that there were Latin American's and French speaking people in the book, and the author used 3 different languages in her text, now there is talent! 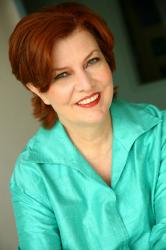 With over four million copies of her books sold worldwide, Angela Hunt is the bestselling author of more than one hundred books, including "The Nativity Story". Hunt is one of the most sought-after collaborators in the publishing industry. Her nonfiction book "Don't Bet Against Me", written with Deanna Favre, spent several weeks on the New York Times bestseller list. Angela's novel "The Note" (with sales of over 141,000) was filmed as the Hallmark Channel's Christmas movie for 2007 and proved to be the highest rated television movie in the channel's history. Angela's novels have won or been nominated for several prestigious industry awards, including the RITA, the Christy Award, the ECPA Christian Book Award, and the Holt Medallion. She often travels to teach writing workshops at schools and writers' conferences, and she served as the keynote speaker at the 2008 American Christian Fiction Writers' national conference. She and her husband make their home in Florida with mastiffs. In 2001, one of her dogs was featured on Live with Regis and Kelly as the second-largest dog in America.

Angela Hunt is celebrating the release of The Offering with a Nook HD Giveaway and an Author Chat Party on Facebook {6/5}.

One winner will receive:
Enter today by clicking one of the icons below. But hurry, the giveaway ends on June 4th. Winner will be announced at the "The Offering" Facebook Author Chat Party on June 5th. Connect with Angela for an evening of book chat, trivia, laughter, and more! Angela will also share an exclusive look at her next book and give away books and other fun prizes throughout the evening.

So grab your copy of The Offering and join Angela on the evening of June 5th for a chance to connect and make some new friends. (If you haven't read the book, don't let that stop you from coming!)

Don't miss a moment of the fun; RSVP today. Tell your friends via FACEBOOK or TWITTER and increase your chances of winning. Hope to see you on the 5th!