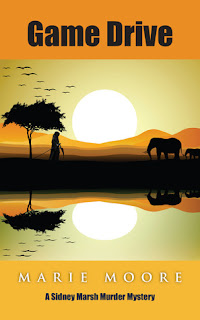 About the Book
Game Drive is a cozy mystery by Marie Moore about a New York-based travel agent on a research trip for her agency who suspects foul play after a colleague is killed in a tragic accident. Game Drive is the second book in a series featuring amateur sleuth Sidney Marsh. This time Sidney’s travels take her to Cape Town, South Africa, and a private game lodge near the Kruger National Park.
Sidney Marsh is a Mississippi-born, New York-based travel agent. She and her best friend and business partner, Jay Wilson, are struggling to remain standing in a world where the ground is shifting. Their boss at Itchy Feet Travel has a new scheme to attract customers—safari tour packages. He sends Sidney and Jay on a familiarization trip to Cape Town and safari country to check out the accommodations and confirm that the experience lives up to the hype in the brochures.
Sidney looks forward to the deluxe trip and so does Jay, despite his deathly fear of animals, both wild and domesticated. Their experience will be far wilder than either could have imagined. First Sidney stumbles upon a suspicious rendezvous and possible murder scene in Cape Town. After Sidney’s pocket is picked on a cable-car ride up Table Mountain, she suspects that someone in their group is an imposter, a suspicion that is soon confirmed. At Leopard Dance—the luxury game lodge near Kruger National Park that serves as their base camp—one of the other agents on the “fam trip” turns up dead.
Sidney carries on a risky flirtation with a handsome Afrikaner, who may or may not be the latest manifestation of the “Marsh Curse,” which seems to jinx her every relationship. And Sidney and Jay discover that they have far more to fear from predatory humans than wild animals.

My Thoughts:
I loved that this was set in such Africa, with the rich scenery being so well described. Marie Moore did a fantastic job of making me feel I was whisked away on this tour that they were getting familiar with. There were a lot of characters in this book, and at times I would get a little confused. The main characters we a bit quirky, making the novel more interesting. We are kept guessing till the end about who killed two of the tourists, though Sidney had her suspicions.
I loved in the beginning of the novel, the Itchy Feet Travel Agency in Manhatten has a secretary who we can hear when you read it! She has the New York accent and stereotypical gal cast in this role and I thought that was so neat that I could read it and hear her talk!

There was some language in this book, but nothing too bad. 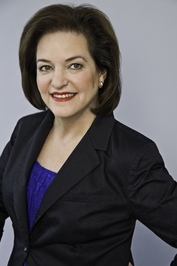 Shore Excursion is Marie Moore’s first novel, but not her first writing experience, and like Sidney Marsh, she is a native Mississippian. She graduated from Ole Miss, married a lawyer in her hometown, taught junior high science, raised a family, and worked for a small weekly newspaper, first as a writer and later as Managing Editor. She wrote hard news, features and a weekly column, sold ads, did interviews, took photos, and won a couple of MS Press Association awards for some of her stories.

In 1985, Marie left the newspaper to open a retail travel agency. She completed agency and computer training with Airlines Reporting Corporation, Delta Airlines and TWA, earned her CTC (Certified Travel Counselor) designation, and joined the American Society of Travel Agents (ASTA), International Air Transport Association (IATA), and Cruise Lines International Association (CLIA). For the next 15 years, she managed her agency, sold travel, escorted group tours, sailed on 19 cruises, and visited over 60 countries. Much of the background of Shore Excursion comes from that experience.

Marie also did location scouting and worked as the local contact for several feature films, including Heart of Dixie, The Gun in Betty Lou’s Handbag, and Robert Altman’s Cookie’s Fortune.
In mid-1999, because of her husband's work, Marie sold the travel agency and moved to Jackson, MS, then New York City, Anna Maria Island, FL, and Arlington, VA. She and her husband now live in Memphis, TN and Holly Springs, MS.
For more info, visit her website at www.mariemooremysteries.com and on Facebook

Posted by Jubilee Reviews at 11:09 AM