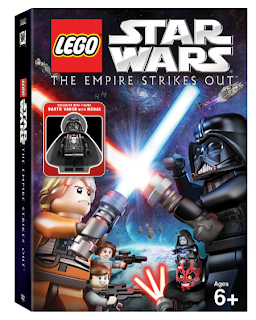 HOLD ON TO YOUR BRICKS….FOR AN ALL-NEW ANIMATED ADVENTURE!


Your favorite characters are back to save the galaxy in LEGO® Star Wars®: The Empire Strikes Out™. The heroes of the Rebel Alliance including heroic Luke Skywalker, swaggering Han Solo and steadfast Princess Leia have no time to celebrate their victory over the Empire as a new Imperial threat arises. But as Jedi-in training Luke embarks on this next mission, he discovers that his celebrity status as a “Death-Star-Blower-Upper” can be a double-edged lightsaber when he’s constantly mobbed by crazed fans. So much for secret missions! Meanwhile, Darth Vader and Darth Maul are locked in a hilarious “Sith-ling” rivalry as they compete for the Emperor’s approval. It’s an action-packed comic adventure that’s out of this world!
Lego shows are so fun to watch! 22 minutes of humor! The entire family loves watching Lego guys walking around on the screen, and when things blow up, lego bricks fly everywhere. There is so much you can do with Lego movies! The only problem with this movie is it got done too soon! 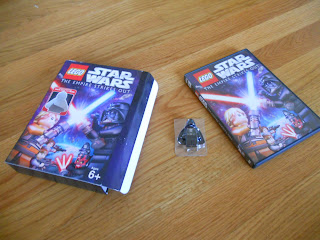 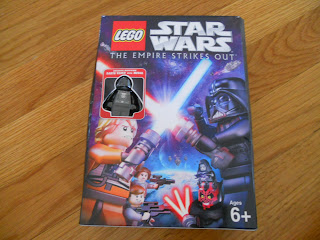 Posted by Jubilee Reviews at 4:24 PM