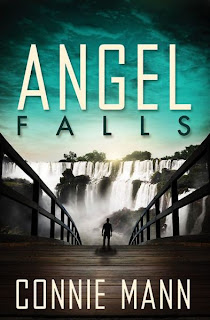 About the Book:
Her best friend’s been murdered and Brazilian orphanage director Regina da Silva will do whatever it takes to protect her friend’s baby. Even if it means dealing with an intimidating man she’s not sure she can trust.
Former Army Ranger Brooks Anderson refuses to protect anyone ever again. The last time he did, the woman and child both died. He’s just here to transport an orphan for adoption, as promised, and then he’s outta there.
But when bullets fly, Brooks and Regina risk everything and dive headlong into danger to protect one defenseless child.
As the killer closes in and long-buried secrets come to light, they’ll have to trust each other to stay alive.
Will that be enough to save their little angel--and themselves—from plunging to their deaths over the Falls?

My Thoughts: I loved that this was set in Brazil, as my husband has travel led there twice for work and I was able to see photos and hear a bit about the culture. If I can't travel there, the next best thing is to read a suspenseful novel about it! This book was unique in it's setting and characters and I love when an author can do something just a little bit different to keep my interest.
This book kept my interest, the characters were dynamic, and it was an excellent read! 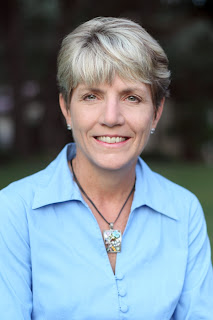 
Connie Mann loves stories that combine suspense, adventure and second chances. She offers encouragement to busy women on her blog:  www.BusyWomenBigDreams.com and is an active member of Romance Writers of America and American Christian Fiction Writers. She’s also a USCG-licensed boat captain, so when she’s not writing, she’s usually on Central Florida’s waterways with local school children or her fabulous family.

Her latest book is the Christian fiction, Angel Falls.

Please visit her online at: www.conniemann.com.

I received a copy of this book in exchange for an honest review. All opinions expressed are solely my own.

Posted by Jubilee Reviews at 11:46 AM