Have your Local Plumber on Speed-Dial 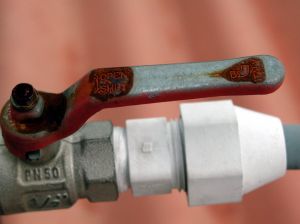 I think sometimes our local plumbers get a bad rap. There are jokes about them and let's face it their job isn't lavish and luxurious. We have seen them often on shows like Dirty Jobs. It takes a commitment to this profession and when your water is leaking and overflowing onto your nice hardwood floors though, plumbing isn't a laughing matter.

I have gleaned a new respect for plumbers however when I realized they do much more than just unclog your toilet. Truthfully, when you think of plumbers that and unclogging the hair in sinks are the first things I think of them doing.

Do you realize that each new home or office that is built requires a plumber? That without them you wouldn't have water in your shower, or sink, nor the waste pipes leading out of the house? Without their knowledge of pipes and plumbing, you could end up with backed up and junked up systems. They are one of the first systems put in, on the ground level of a building project. Much of the plumbing system is put in before the foundation is even poured (especially with a basement).

I learned all about plumbing when we built our first house in the country, when my husband decided he would be the plumber for it to help save us on expenses of building the house. As an engineer he figured he could master it fairly easily, yet he didn't take lightly, nor jump in without research. He knew that what may appear simple, really has its complexities. Gravity, twists turns, angles.. all things that need to be thought of when designing the plumbing in a building. 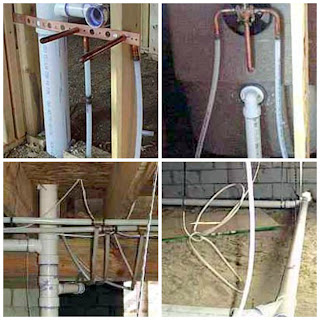 He visited the library and checked out every book on plumbing. He visited the local hardware store and talked to them about PVC pipes and elbow bends and those plumbers terms. It wasn't a job that he could just jump into, though he is a very smart guy. Plumbing requires knowledge and practice. He has some pipes that didn't quite work as he designed it, mapping out the route of inflow and out. It was a big job, and one a local plumber would be able to do with ease.

Finding a good local plumber is something you are going to want to invest time in prior to the emergency of needing one. When there is an emergency you will want their phone number already programed into your cell phone. You won't have time for your husband to learn about becoming a plumber when the sink is overflowing! 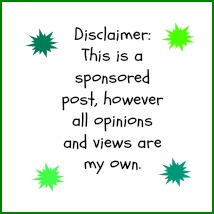 Posted by Jubilee Reviews at 9:48 AM