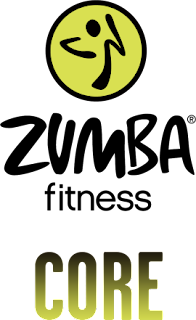 Meet the Five Heroes Who are Making a Difference
EDISON, NJ, November 19, 2012 –Majesco Entertainment Company (NASDAQ: COOL), an innovative provider of video games for the mass market and makers of the best-selling Zumba® Fitness video game franchise, is showcasing five extraordinary Zumba® instructors who appear as in-game avatars within the new Zumba® Fitness Core video game. United by their passion for Zumba and committed to causes that have very personal meaning for each of them, these Zumba® instructors are true heroes who are helping to make a difference for the larger community:
Meet these inspiring Zumba instructors and find out more about their stories by watching the trailer here or downloading it here [click on “Instructor Heroes Video”].
“We were incredibly moved by these uplifting stories that demonstrate a tremendous strength of character to triumph over adversity,” said Liz Buckley, General Manager of the Zumba® Fitness video game franchise, Majesco Entertainment. “What’s even more inspiring is that these instructors have drawn strength and support from the remarkable Zumba community and in turn consistently given back to others. It has been an honor to feature these Zumba instructors in Zumba® Fitness Core and help bring attention to their causes.”
In support of these courageous Zumba instructors, Majesco is now offering a Party in Pink™ avatar outfit that can be purchased through the Xbox LIVE® Marketplace for the Xbox 360® video game and entertainment system from Microsoft for 240 Microsoft Points. For a period of six months from October 2, 2012 to April 2, 2013, Majesco will donate 100% of your purchase of the specially marked Party in Pink™ Zumba® Wear Avatar outfit to Susan G. Komen for the Cure®. To buy the Party in Pink™ outfit, please click here.
Zumba® Fitness Core is the newest iteration in the hit Zumba® Fitness video game franchise that has sold more than eight million copies worldwide. The first and only video game designed to sculpt your abs, Zumba® Fitness Core is packed with an array of features including 40 new songs and routines, 33 international dance styles from around the world and hot new choreography designed to give you flat, sexy abs through an exhilarating total body workout. PARTY YOUR ABS OFF™ as celebrity Zumba instructors guide you through routines set to a range of current chart-topping hits, era classics, exclusive re-records and genre-blending fusion tracks from artists Sean Paul, Enrique Iglesias, Karmin, Don Omar and many more. Choose from 45 different pre-set classes or customize your workout to suit your preference. New fitness features include nutrition and lifestyle tips plus personal goals to keep you motivated. Multiplayer support for up to four on Wii™ and online connectivity with Kinect™ for Xbox 360 unites players with the wider Zumba® community. Skip the crunches and dance your way to tight, toned abs with this engaging new interactive fitness experience!
Zumba® Fitness Core is now available on the Wii™ system from Nintendo and Kinect for Xbox 360. A free playable demo is also available for download here from Xbox LIVE Marketplace for Xbox 360. Watch the launch trailer and find out more at ZumbaFitnessGame.com.

Posted by Jubilee Reviews at 10:14 AM