The Road to Mercy by Kathy Harris 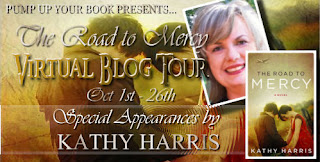 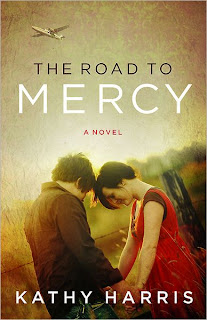 Christian recording artist Josh Harrison is rising in his career and his faith in Christ. Touring on the road with his band, preforming nightly for large groups of fans. All is great until he gets a call that his wife Beth fainted and is in the hospital. They find out she has a dissection of the carotid artery, and also that she is pregnant with their first child. Dr. Abrams a agnostic Jew recommends an abortion to not risk Beth's serious condition even more. As Christians Beth and Josh are strongly against that. High doses of morphine and possible surgery weighs heavy on Josh. Just over a year ago he lost first his mother, then father. His faith has taken a hit.
Add in financial problems for the band, hidden secrets that Beth is struggling with, morphine addiction, a tour bus accident, and Dr Abrams upbringing and you have several story lines that end up weaving together to finish this story out.
The book gives us past events that we know somehow tie together, but we don't find out until the end how that happens!
A true story of forgiveness of others and oneself!

About the Author:
Kathy Harris is an author by way of a “divine detour” into the Nashville entertainment business. After graduating with a Communications degree from Southern Illinois University, she moved to Nashville, Tennessee, to work with a well-known gospel music quartet. A few months later, The Oak Ridge Boys began their transition into country music, and Kathy had the opportunity to help build an entertainment empire from the ground up. 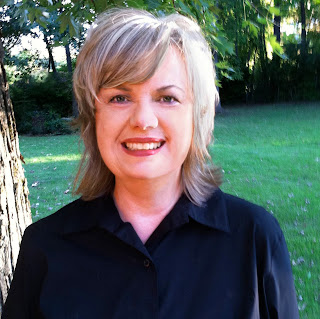 She worked her way to becoming a member of the Operations Management Team, eventually heading up the company’s public relations and marketing department. A lifelong fascination for books and editing led to her working as a book agent for Oak Ridge Boys’ vocalist Joe Bonsall. Joe, subsequently, published three books, including his bestselling inspirational biography, G.I. Joe & Lillie.
For several years, Kathy freelanced entertainer biographies and wrote (as well as ghost wrote) news stories and columns for various music publications. In 2007, she sold her first Christian non-fiction story, “Walk on Water,” which was included in Thomas Nelson’s All My Bad Habits I Learned from Grandpa. That fall, one of her devotions was included in The One Year Life Verse Devotional, published by Tyndale House. Kathy’s writing is also included in Chicken Soup for the Soul Thanks, Mom.
An active member of American Christian Fiction Writers and the publicity officer for Middle Tennessee Christian Writers. Kathy lives near Nashville with her husband and their two Shiloh Shepherd dogs. She regularly interviews literary and music guests on her blog at www.DivineDetour.com. You can visit her author website at www.KathyHarrisBooks.com.
Visit her at Twitter at: http://www.twitter.com/DivineDetour
Like Kathy at Facebook: https://www.facebook.com/KathyHarrisAuthor
Pick up your copy of The Road to Mercy at Amazon: http://www.amazon.com/Road-Mercy-Kathy-Harris/dp/1426741936/ref=sr_1_1?s=books&ie=UTF8&qid=1330640867&sr=1-1
Purchase your copy of The Road to Mercy at the publisher’s website: http://www.abingdonpress.com/forms/DynamicContent.aspx?id=162&pageid=700
Pick up your copy of The Road to Mercy at Barnes & Noble: http://www.barnesandnoble.com/w/the-road-to-mercy-kathy-harris/1108857098