Pirate in Training I Can Read Beginning Reader


Zonderkidz I Can Read Beginning Reader 1 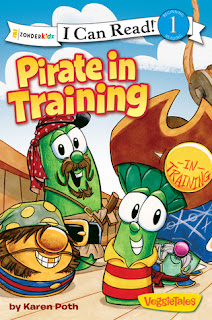 I have mentioned this before that I have a struggling reader and sometimes finding beginning readers for him that aren't babyish can prove difficult. Thankfully he loves Veggie Tales still and as we all do, the Pirates Who Don't do Anything!!

Based on Proverbs 13:4
"People who refuse to work want things and ge nothing. But the longings of people who work hard are completely satisfied"

Visit Zonderkidz to pick up your copy for just $3.99

I received a copy of this book to better facilitate a fair and accurate review.

Posted by Jubilee Reviews at 2:38 PM