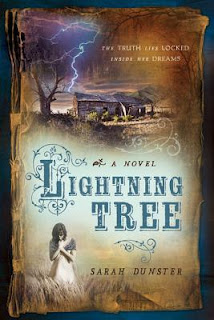 It is the early 1800's in Provo Utah and Maggie and sister Giovanna have been fostered by the Aldens for over 4 years, since their parents were killed. Maggie never quite feels like she belongs with the Aldens and that she is treated as a 2nd class person because of her French/Italian background. Dressing in worn clothes she feels she is a charity case to those around her.
Maggie starts having dreams of guns and indians. She dreams of wars and the death of her parents. She dreams of a baby and it's death. Believing there must be truth to these dreams from her past, she begins to search for answers. Untrusting to those around her, she becomes cold toward her foster parents and takes her sister on the run.
What I loved about this story is the focus on the dreams. They were so real to Maggie, so detailed and set in how she believes the truth happened. Though parts of her dreams were true, there were others that were not. I liked this because so many people put too much into dreams at times, taking them as facts and like Maggie did, reacting to people based on these dreams. The thoughts she had toward people were displaced and caused her more heartache because she held them within.
This is a LDS novel, and I am not of the LDS denomination. It did have some Brighham Young references, and some of the elder men had several wifes. Weird, but that is the history of that religion. It wasn't overly preachy or anything that someone not in LDS would be put off.
It was a great story about a family being created out of hardship and the love that they did in fact share for each other.
I received a copy of this book in exchange for an honest review.

Posted by Jubilee Reviews at 4:34 PM