Light Under the House Synopsis 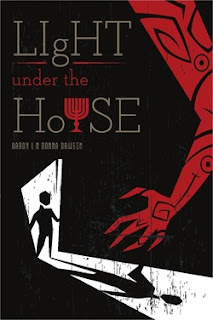 Light Under the House is the saga of an American family—the Levis, a family of secrets. None greater than the secret of what lies under their house, a secret that could destroy them. A secret that an ancient evil will stop at nothing to uncover. The novel follows the Levi family line for a generation, creating a story that explores lives lived in the aftermath of the cultural rebellion of the late 1960's. It is a historical fiction novel that shows the power of consequence and the hope of redemption. Most of all, it is a story about fathers and their children. 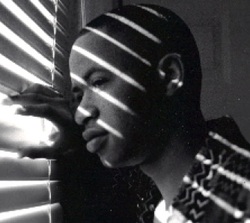 What inspired you to write this story? I feel very strongly about the breakdown of the family and fatherlessness and how there is much dysfunction and despair because of it. I wanted to tell a story to shed some light on the situations that many face and hopefully bring some type of reversal to the current dynamic in whatever small way I could. I wanted to challenge men, fathers especially, to be who they were created to be ... its certainly a challenge I face myself daily. A challenge that I often fail at but keeping picking myself up to start again.

Did you model any of the characters after people you know?
I used many things to model the characters ... people I know, other literary figures, actors, biblical characters, celebrities ... the characters are a combination of all of these. I wanted them to be new and familiar at the same time, universal.

Why did you choose the Dallas/Ft Worth area as your primary setting?
First of all, the south has a certain reputation for is deep spiritual roots (bible belt and all). I patterned the book in part after GONE WITH THE WIND (another book set in the south) ... not in the sense of a love story but in the sense of "here is civilization that is about to cease to exist, come see it before its gone". In the case of my novel it is a spiritual civilization on the brink. Dallas just seemed to have everything I needed to make the story work from both a symbolic and technical standpoint.

Do you have plans to write more books?
i have an idea or two floating around ... nothing concrete yet.

What sort of research did you do for the historical portions of your book? What did you like best about the research? The least?
My co-author and I researched deeply into ancient history for some aspects of the book ... I learned a lot of things ... some things I'd rather forget but most of it was enlightening. What I liked best was that it confirmed for me mostly what I already knew, there really is nothing new under the sun.

Where can we find out about more opportunities for a free copy of this book?
Follow @ChristianSpkrs on Twitter.

I was given a complimentary copy of this book from the author in exchange for posting the author’s interview on my blog. This blog tour is managed by Christian Speakers Services (http://www.christianspeakersservices.com/).
Posted by Jubilee Reviews at 12:30 AM

Email ThisBlogThis!Share to TwitterShare to FacebookShare to Pinterest
Labels: Aaron L, Light under the house