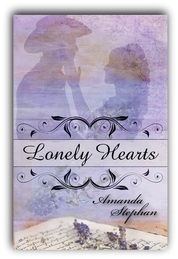 One lonely mother. Two matchmaking kids. Three eligible bachelors, and some very yummy apple pie!
When widow Becky Callis moves to a new town, she thought it would be easier to start over in a place where she's not reminded of her dead husband. Her kids on the other hand, take it as a chance to help their mother start over romantically. The only problem is, there seems to be quite a few eligible bachelors they can choose from! They soon realize it's easier to find someone to like their mother than it is to figure out which man is best for her.
Even though this handsome cowboy is younger than Becky, Scott makes his interest plain and starts courting her almost immediately to the delight of both kids.
Jack and Becky have been friends since childhood. When they're reunited years after their lives have taken very different paths, this lonely preacher begins to wonder if God has brought her back into his life for a reason.
Pearce Morgan is a single parent raising his young daughter. Divorced and disillusioned, an unlikely friendship arises between him and Becky when his shy daughter decides she loves Becky and her kids.
True love is harder than it looks!
Lonely Hearts, a story of second chances, choices, and yummy apple pie will be released in October through TreasureLine Publishing. Exclusive Apple Pie recipe included! 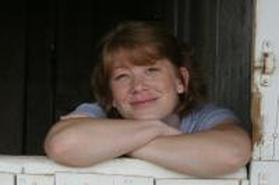 About Amanda:
Amanda Stephan is just a normal, everyday country girl. She resides near Columbia, TN with her husband and children, three cats, one dog, and multiple roosters that love to roost under their bedroom windows. She loves to laugh and have a good time, and loves to read a good book.
Out of love for her family and love for God, she finds writing to be an opportunity to share God's love for others in a fun and entertaining way. Her first novel, The Price of Trust, was published in May of 2010, her second novel, Lonely Hearts, is due for release at the end of October, 2011, and her Slade series was just picked up by TreasureLine Publishing.
If you were to ask her to share one thing about herself that most people don't know, she'd have so many to choose from that she'd probably hesitate for a moment. Not quite a recluse, she's rather camera shy, doesn't like to be in the spotlight, and absolutely LOVES to have her feet tickled. But she would say her most interesting accomplishment is that she laughs like Scooby Doo.

Be watching for my review of Lonely Hearts coming Soon!!
Posted by Jubilee Reviews at 4:15 PM